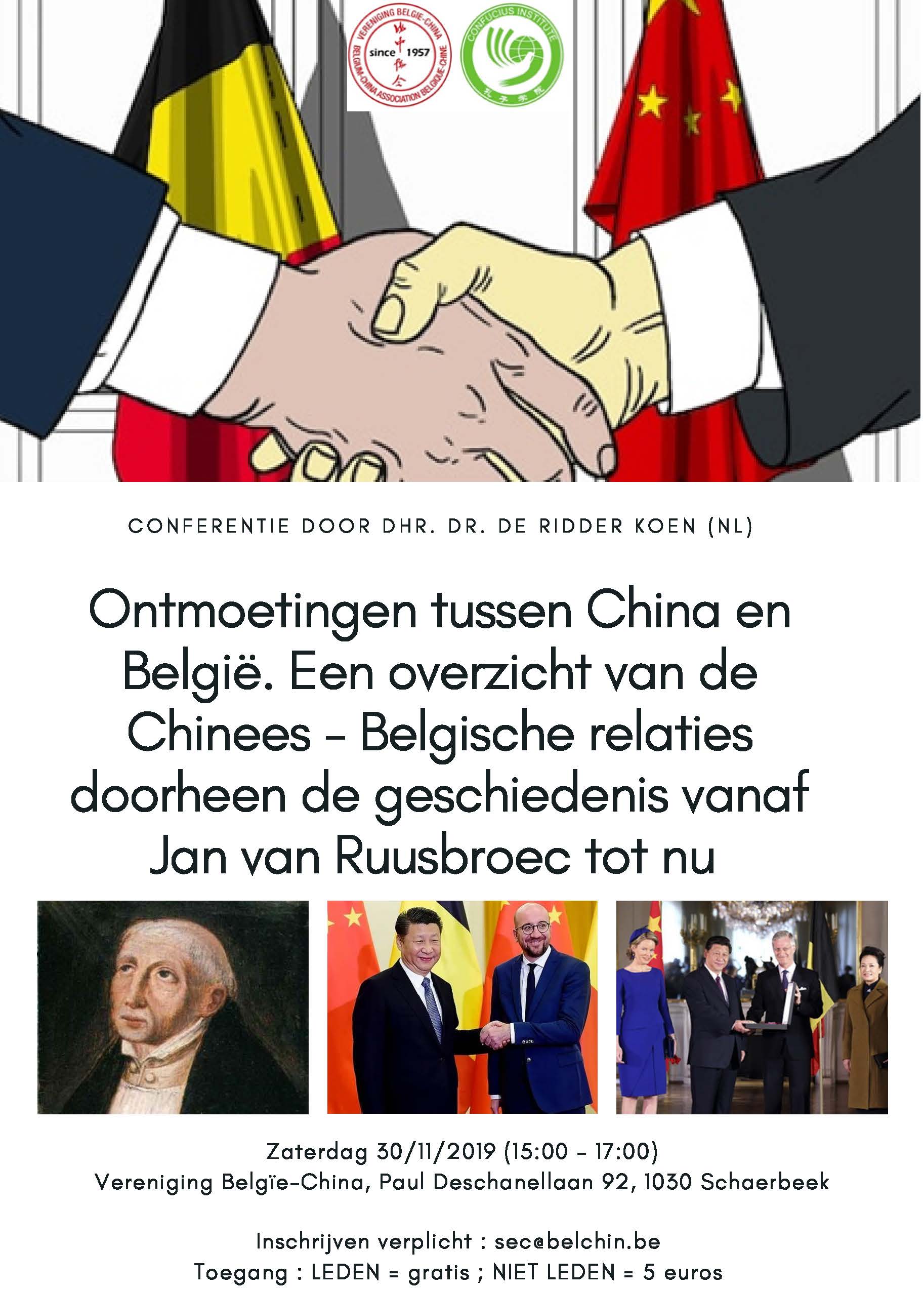 Relations between Belgium and China throughout history. An overview of the Belgian-Chinese relations from Willem van Rubroeck to the present.

Koen De Ridder obtained his degree in sinology (1993) and Master in European Studies (1995) in KULeuven. He then worked as a researcher at National Taiwan University in Taipei for 5 years. After obtaining his doctorate in sinology at the KU Leuven (2000), Koen worked as the Flemish Economic Representative in Tunis (2001-2003) and Guangzhou (2003-2010). From 2011 to 2017, Koen then stayed in Hong Kong as Head of the Belgian Desk Greater China for Deloitte. Koen has been working at UNIZO as an International Consultant since 2017, where he is the driving force behind the “Business Class China Business” training course at the Entrepreneurs Academy.